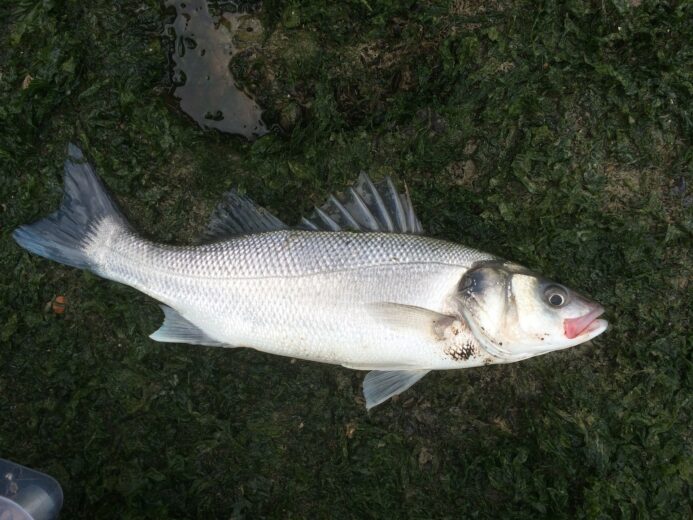 Have you ever wondered how branzino vs sea bass compare? These are fish that are incredibly popular with patrons and are loved for their taste and texture.

There is a huge overlap in the nomenclature of these fish. There are also some subtle differences that differentiate them.

Let’s take a closer look at how they compare.

Branzino vs Sea Bass – Things You Should Know

Branzino is famous for its use in Italian cuisine and has found a huge following and admirers in the culinary world. The fish is commonly found in the Mediterranean Sea and the Black Sea.

As such, it’s part of the cuisine of the countries around this area, including Europe, North Africa, and parts of Asia.

However, it is the Italian cuisine where its use is the most famous, and as such the name branzino is the most popular.

Branzino is known by several names, these include Italian sea bass, mediterranean sea bass, and loup de mer. Interestingly, though branzino (plural is branzini) is best known for its Italian connection, most of the fish produce comes from Greek or Turkish farms.

It’s also farmed in other parts of the world, including North America.

So, what’s the big difference we’re pointing out here? Branzino is simply the Italian name of a popular fish. Branzino is a sea bass, or more specifically, the type of sea bass found in the mediterranean and black sea.

Sea bass is found in several water bodies around the world and not all sea bass is branzino.

What Is Sea Bass?

The word sea bass is usually applied to a variety of fish that share similar characteristics. These fish don’t need to be of a specific species, In many cases this is a nomenclature simply used for fish with certain attributes. In some cases, the term might be used for fish that aren’t even bass!

Scientifically, the nomenclature is usually applied to fish from the family Serranidae. Culinary use and general use of nomenclature is more forgiving and sea bass can represent several similarly related fishes.

Sea bass is generally seen as a fish with mild flavor, white meat, and something of a sweet flavor. The fish can be fairly oily and is rich in omega-3 fatty acids (or omega-3 oils).

There are several types of sea bass, let’s take a look at some prominent ones.

This silvery gray fish lives in the coastal regions of Europe and North Africa. It’s popular and easily available in the Mediterranean region. Given its popularity, this fish is often farmed. Greek and Turkish farms are fairly common and supply a good amount of this fish.

While the European Sea Bass is consumed in several parts of the world, Italian cuisine with this fish has gained some fame. As such, the fish is often known with its Italian name – Branzino.

Other names for this fish include European sea bass and loup de mer. In North American restaurants, this fish is often served as Branzino.

Asian sea bass is often known by the name Barramundi. The name barramundi apparently comes from the term used by Australian aborigines to identify this fish. The fish is seen in Southeast Asia and Australia.

Interestingly, Asian sea bass is suited for aquaculture and its farms don’t have nearly the same troubles as those for other fish.

This fish too has a mild flavor, white meat, high oil content, and something of a sweet touch.

Here’s the thing – Chilean sea bass is not Chilean, or a sea bass! This fish is better known as the Patagonian toothfish and is a deep-water fish related to the Antarctic sea bass. It has a bright white meat, mild flavor, and is fairly rich in nutrition.

Though demand for this fish is high, its use remains controversial. The fishing properties used to obtain the fish are questionable. Also, the seafood rebranding of the Patagonian toothfish to sea bass is perhaps not in good taste.

This fish is commonly spotted along the eastern shores of the USA and some other parts of North America. The name for this fish comes from the dark stripes that run across their body. These fish usually spawn in lakes and rivers and are popular with anglers.

This fish is a cross between white bass and striped bass. Hybrid striped bass shares some characteristics with these fish. However, it has a low oil content and is usually raised and farmed in freshwater ponds.

As we’ve learned already in our discussion, Branzino is simply the Italian word for European sea bass. The fish has gained popularity with its use in Italian cuisine. While Italians understand that the fish is European Sea Bass, those who don’t speak Italian might consider it a separate fish.

There are several names for the European sea bass, though Branzino is fairly popular and is used not just in Italy, but also by several restaurants in North America.

In a branzino vs sea bass comparison, we notice how similar these fish are. Sea bass represents numerous fish found in several parts of the world.

On the other hand, branzino is a type of sea bass, though one limited to the Mediterranean region and some areas surrounding it.