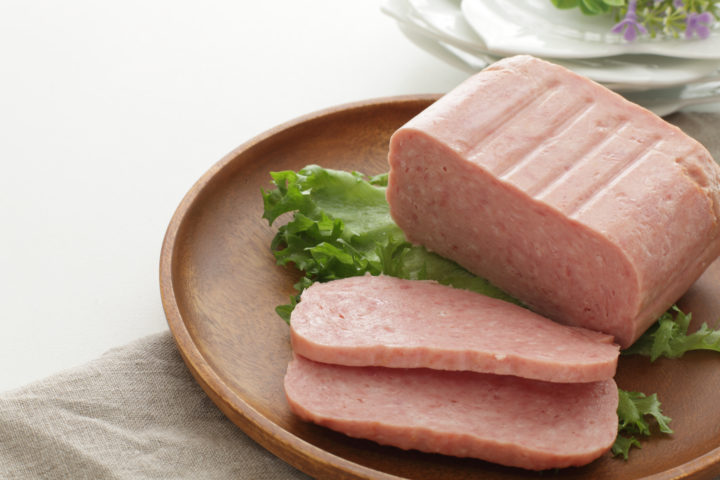 Let’s get a better understanding of canned meat by pitting luncheon meat vs spam. Both these options are quite popular and have a lot in common.

So, is there any difference between the two or is it just about the packaging?

Differences Between Luncheon Meat And Spam

On the other hand, luncheon meat can include a variety of meat, including pork. Other commonly used meats include corned beef, pastrami, and more. As such, luncheon meat forms a canopy that includes several types of meat.

Another notable factor is that luncheon meat is a general category of pre-cooked meat. Spam represents a product from a specific brand.

While the classic spam with pork is the most popular, it includes other options as well, like “less sodium”, “oven roasted turkey”, and a few others.

Spam, as we know, is a brand of canned meat that’s made from pork. The brand originated in the Philippines and has gained a lot of fame and popularity throughout the world.

The term spam is short for “spiced ham”. That’s basically the explanation of the ingredients of this meat.

The ingredients are pork shoulder meat and ham. A lot of people say that spam is made using “useless bits” of meat. However, the company insists that they only use the best, hand-cut bits to make their product.

The meat is ground and then mixed with a few ingredients like water, sugar, nitrites, and some additives, stabilizers, and preservatives.

Spam was originally available in a dark variety, though now there’s several options, including a light variety, low sodium and low fat options, and different types of meat.

What Is Luncheon Meat?

Luncheon meat represents a variety of pre-cooked and cured meats. The meat is usually cut into slices and ready to be served. You could put a slice of luncheon meat straight on your sandwich and enjoy the food.

The meat is known by several names. These include cold cuts, lunch meats, cooked meats, sliced meats, deli meats, and more. The meat is usually available in vacuum packs, though canned varieties are available too.

As we see in this analysis, there are a lot of similarities and some differences between luncheon meat and spam.

Essentially, spam is a type of luncheon meat. The latter is a broader term for several varieties and brands of meat, and spam is just one of them.