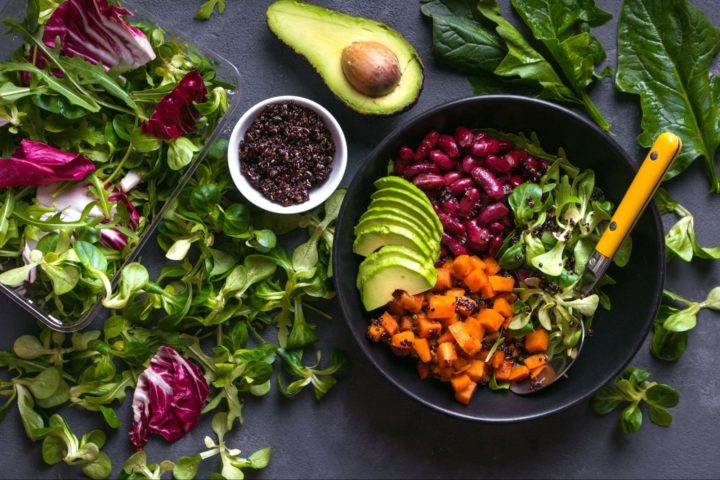 In the world of eating preferences, vegan and vegetarian diets, perhaps even lifestyles, are very similar and yet, have their differences.

At a glance, vegetarian vs vegan preferences look quite similar. People who don’t understand these differences sometimes believe that the term ‘vegan’ is an abbreviated form of vegetarian.

That couldn’t be further from the truth.

While both these diets have massive overlaps and are heavily plant-based, they have key and irreconcilable differences. Let’s take a closer look at each.

There are some similarities in the ethical and food preferences of vegans and vegetarians. Both these groups avoid meat or food that’s obtained from the slaughter of animals. As such, meat, poultry, fish, and insects are off the (metaphorical and literal) table.

The diet preferences here also include skipping foods made from the by-products of animal slaughter. Included in this category are foods like rennet, gelatin, and similar animal proteins.

So, here’s a quick list of similarities in foods that are shunned by both these diet preferences.

The vegetarian group and philosophy aren’t’ fully cohesive. Vegetarian diet preferences can vary and be very different from fellow vegetarians.

Given their preferences, vegetarians usually identify with different eating habits, based on some dietary preferences.

These dietary preferences usually vary depending on the inclusion of items like dairy, honey, and eggs in the diet. For some groups, eating fish is acceptable too!

Let’s take a quick look at the various types of vegetarian diet preferences.

As you can guess, the semi-vegetarian and pescatarian groups are controversial in the vegetarian community. Many people consider these to be separate, non-vegetarian diets.

The Vegan Diet And Lifestyle

While vegetarians might scramble to decide what animal-derived foods are okay to consume, vegans have a straightforward answer: none.

Vegan diets exclude all foods derived from animals, poultry, and fish, whether through slaughter or otherwise. This means no meat or chicken, but also no honey, eggs, or dairy.

As with vegetarians, vegans too will skip products with animal-derived ingredients like gelatin and rennet.

As such, the diet is more focused on plant-based foods.

Most vegans don’t see themselves focused solely on diet preferences. Veganism moves into the domain of a lifestyle as vegans also shun other animal-based products, including clothing. This includes not just controversial clothing like furs, but also wool, silk, leather, and suede.

As a rather simplistic explanation, if a product comes from animals, poultry, insects, or fish, vegans don’t use it.

Some vegans also avoid businesses or companies that run tests on animals (for example, cosmetic companies). Some groups of vegans avoid any business or organization where animals might be exploited or used for entertainment.

This includes circuses, horse races, zoos, or other similar businesses.

Additionally, vegans might avoid animal-derived products in their lifestyle, including clothes and cosmetics. Vegetarians usually don’t have such restrictions or views extending beyond their diet preferences.

The Nutrition Aspects Of Vegan And Vegetarian Diets

Generally, vegan and vegetarian diets are healthy and sustainable. While these are good for the body and health, they’re also useful for a lifestyle with a low carbon footprint.

That said, it is very important to maintain a balanced diet. The diet preferences of vegans and vegetarians might put them at risk of deficiency of nutrients like Vitamin B12, Vitamin D, calcium, and omega-3 fatty acids.

Again, this can vary on specific diet preferences, and vegetarians usually are at a lower risk than vegans.

Both groups need to pay attention to their diet planning and ensure a balanced diet. It might be useful for these groups to have their blood nutrients measured and plan the use of supplements accordingly.