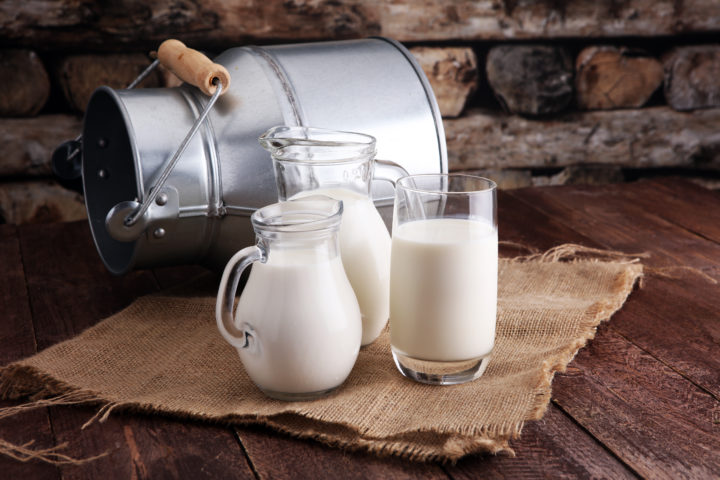 There are quite a few varieties of milk available, and the average consumer might not fully understand the difference. Let’s compare the two most common options and see how whole milk vs 2 percent milk comparison works.

The key elements of this comparison will also give us the knowledge of understanding the various other commercial milk options.

As you might already know, the key element here is milk fat. However, we’ll also consider a few other factors like taste and texture to get a better view of things.

What Is The Difference Between Whole Milk And 2 Percent Milk

Let’s start with whole milk first. People sometimes get the impression that whole milk or whole fat milk is chock-full of fats. In reality, the fat content is usually a little above 3%, it’s often seen at 3.5%.

This milk comes from cows and doesn’t usually involve much by way of fat processing by the dairy or dairy processor.

Getting 2% milk is a different story. It shares its production with other types of milk, including skimmed milk and 1% milk.

Dairy processors usually skim the fat off the top of the vessel or vat when making this type of milk. Once the fat is completely removed, it’s called skimmed milk.

The processor then calculates the amount of milk fat required and adds it back to the milk vessel or vat. If the processor adds 2% fat (by weight), the resulting product is 2% milk. Should they choose to add 1%, you’d get 1% milk!

There might be some addition or fortification depending on the dairy or local and national laws, but that’s about it. For example, milk in several countries is fortified with Vitamin D. It happens to be one of the best ways to get this vitamin in your diet.

For a while now, we’ve been told that fat is bad for health and most people dutifully avoid it in their diet. Some people believe that eating fat can make them fat. As with most such beliefs, the truth is somewhere in the middle.

Historical Necessities That Changed How We View Fat

Generally, it is seen that the notion of fat being bad for diet came up around world war 2. Dealing with a fat shortage during that time, manufacturers came up with margarine. The relatively lower fat of margarine got advertised as the “healthier” option.

We’re way past that time now and margarine is no longer seen as the healthier option. Yet, the stigma around fat remains.

To be clear, I’m not suggesting that you gorge on fat. I’m only pointing out that fat’s not the villain it’s made out to be.

What Are The Modern Recommendation For Fat?

So, while there is a difference, it isn’t huge or enough to warrant serious consideration. Besides, there is the aspect of nutrition where whole fat works better than other options. So, there is some debate on the possibility that whole milk might be a better choice.

Let’s look into that too.

Here’s the broad nutrition aspect for a cup of each type of milk:

Let’s also look at the vitamins in both types of milk.

While the absolute numbers show that whole milk has a lower amount of vitamins by numbers, studies show that people consuming whole milk have higher amounts of Vitamin D and lower body mass. It’s speculated that since whole milk feels more filling, it may encourage lower consumption of food and calories and thus better weight management.

Another study shows that middle-aged women with higher whole milk consumption tend to be at a lower risk of being overweight or obese. A similar reduction of milk wasn’t noticed in groups that prefer 2% milk or other forms of milk.

In some ways, whole milk might be the better food choice. Although, it should be remembered that these scientific studies portray a trend, which while encouraging, is not fully accepted as of now.

Which Milk Choice Is Better For People At Risk Of Diabetes?

Should a person at risk of diabetes have a preference for the type of milk they consume? It would appear so!

A large study and trial that lasted 15 years suggests that people with a higher risk of diabetes can benefit from milk fat. According to the study, people who consume whole milk (or full fat milk) had a 46 percent lower risk of developing diabetes.

Taste And Texture Comparison Of The Milk Types

The change in the fat content has a marked effect on the taste and texture of milk. Whole milk is thicker and has a relatively pleasing texture. Other types of milk, including 2% milk are relatively thinner and feel more watery, which affects the taste as well.

It is the fat that carries the texture and affects the taste of the milk. The reduction of fat in other milk types means that it doesn’t taste as good and has a different mouthfeel.

Since the 2% milk or low-fat milks feel watery, some people believe that water is added to these types of milk. That is not the case. Their texture is simply a result of lower fat content.

What Are The Different Types Of Milk?

There are several different types of milk. Most of these are related to the fat content of the milk, though there are a few that are dependent on the type of processing as well.

It’s worth noting that items like condensed milk get classified as milk products and aren’t specific types of milk.

You should be careful with the kind of milk toddlers drink, but remember that they need some fat intake. Babies over one year of age can drink whole milk or 2 percent milk. Whole milk might be a better choice as compared to 2 percent milk, but it’s best to consult with a physician.

When To Switch From Whole Milk To 2 Percent?

Babies can switch to 2 percent milk from whole milk when they’re 2 years old. Generally, if a child’s growth is steady, it’s acceptable to move to 2% milk or other low-fat milk options. Although, if you’re in doubt, it might be better to consult a doctor.

How Long Is 2 Percent Milk Good After Sell-By Date?

If unopened and properly stored, 2% milk is good for 4-7 days after its sell-by date. However, once opened, milk should be consumed within 2 days of the sell-by date.

Keep in mind, that these are just generic numbers. Trust your instincts, nose, and taste buds. If it smells or tastes funny, or if you don’t get a good feeling while drinking it, the best option is to not use such milk.

As we see here, the higher fat content of milk is not the villain it’s often made out to be. Since many of the nutrients in milk are fat-soluble, picking whole fat milk might even be a healthier choice.

That said, the main difference between whole milk and 2% milk is their fat content. The lower fat content in 2% milk also affects its taste and texture, making it thinner than whole milk.