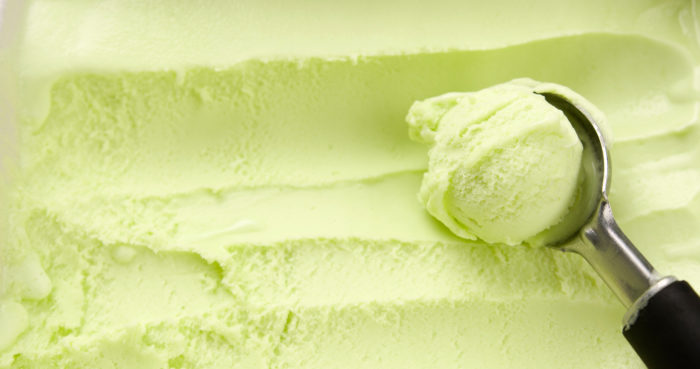 The comparison of sherbet vs ice cream is an interesting one, especially in North America. In America, sherbet (or sherbert) is a frozen dessert, much like ice cream, though it can be something different in other parts of the world.

Ice cream, however, is pretty much the same in all parts of the world. These wonderful desserts seem incredibly alike, but there are key differences in how they’re made.

This also causes a difference in texture, taste, and overall appearance of these desserts.

The Dairy Angle And How It Makes These Desserts Different

Dairy is an important ingredient in these desserts, especially for ice cream. Different jurisdictions and countries have varying opinions on what the minimum dairy content of a dessert must be to qualify it as ice cream.

Also, there is no single recipe that qualifies a dessert as an ice cream. It’s a fairly wide arena with a variety of recipes, flavors, and ingredients. All of that necessitates the legal definition of ice cream and its requirement of minimum dairy content.

In the USA, ice cream must contain at least 10% milk fat. Other ingredients might be flavors, sweeteners, and the like. It’s worth noting that 10% is the minimum amount.

Premium ice cream usually contains up to 15% butterfat, making it denser and higher in calorie count. For some ice creams, as much as 70% of the ingredients can be sourced from milk.

Other options include economy light and reduced-fat ice cream. As the name implies, both of these contain a lower amount of fat. In many cases, other ingredients might be added to these low-fat ice creams to maintain their consistency and density.

Sherbet isn’t as fond of milk as ice cream is. The amount of milk used in sherbet is usually 1-2%, though it can be lower. This is a frozen treat like ice cream, but with a much lower milk content.

Many manufacturers (including Baskin-Robbins) use some citric acid for their sherbet. This gives sherbet something of a tart taste, though the fruity flavors and sweeteners build on it for a more delicious treat.

The Base Of Sherbet And Ice Cream

Ice cream, as we know, is based on milk content. The categorization and the flavors all depend on the amount of milk and milk fat available to the dessert.

Therefore, milk is the key ingredient here with sweeteners, flavors, and various recipes building on the base provided by milk.

For sherbet, the base is the fruit puree. Ingredients like sweeteners or flavorings are added to this fruit puree to bring out its best taste and texture. Typically, sherbet will contain less than 2% milk.

Now that we’ve talked about the key differences, let’s talk a bit more about sherbet. This is a frozen treat where fruit puree, water, flavorings, and sweeteners come together to make a dessert that’s similar to ice cream in consistency and appearance.

Milk is an optional ingredient for sherbet, though most commercially available products contain somewhere around 1-2% of milk. In fact, federal regulations demand that sherbet have 1-2% butterfat.

Since it contains milk, sherbet in its original form cannot be vegan-friendly. Besides, some (though not all) manufacturers may add gelatin or egg whites to give a thicker consistency to sherbet.

During commercial manufacture, the sherbet mix is briefly heated to a high temperature to enhance its flavor. It’s then homogenized and allowed to cool.

After this, the mixture is frozen. During this process, it’s agitated for a while to allow some air in and make it fluffy. Although, after a while, the agitation stops and the mix is allowed to harden and freeze.

A Quick Note On Sorbet

To put it crudely, sorbet is a frozen ice treat. It looks quite similar to sherbet or even ice cream, though sorbet doesn’t contain any milk. It’s usually a mix of fruit puree, smooth ice, sugar/sweeteners, and other similar ingredients.

Since it doesn’t contain any dairy, sorbet is usually a vegan-friendly option. It’s also seen as suitable for those with dairy allergies, although it’s advisable for this group of people to be vigilant about the chances of cross-contamination.

Speaking of sherbet so far, we’ve focused on the definition used in the USA. In other parts of the world, sherbet can be very different.

The word is believed to have originated from the Persian word Sharbat. This usually denotes a sweet cordial made from fruits or flower petals, and usually served chilled. It’s often transcribed with various spellings, including sherbet, sorbet, or shorbot.

This chilled drink is the sherbet or sharbat in several regions of the world, including India, Iran, Middle East, Turkey, and the Balkans.

It’s pretty much the same in South-East Asian countries like Indonesia and Malaysia, though it might be spelled as serbat in these countries.

Interestingly, Italians referred to this drink that Turks enjoyed as sorbetto, which became known as sorbet in France.

In the UK and Commonwealth countries like Australia and New Zealand, sherbet powder is a fizzy powder that’s usually mixed with water.

Overall, sherbet is a cognate to syrup in English.

Does Sherbet Have Dairy?

Sherbet is a fairly popular frozen treat in the USA. While conventional recipes say that milk is an optional ingredient for sherbet, it is usually found in commercial recipes.

Does Sherbet Have Milk In It?

Federal regulations in the United States require that sherbet contain 1-2% of milk fat. To put it simply, sherbet shouldn’t have less than 1%, or more than 2% milk fat.

If you would like to enjoy sherbet without milk, you can try some copycat recipes or vegan-friendly options that use milk alternatives.

Sherbet must contain 1-2% milk fat, as required by federal regulations. Since it contains dairy, sherbet cannot be seen as vegan.

Given its high sugar content, sherbet shouldn’t be seen as a healthy or healthier option. Enjoy it is an indulgent treat, just like you would see ice cream. There’s no need (or basis) to see it as a healthy frozen treat.