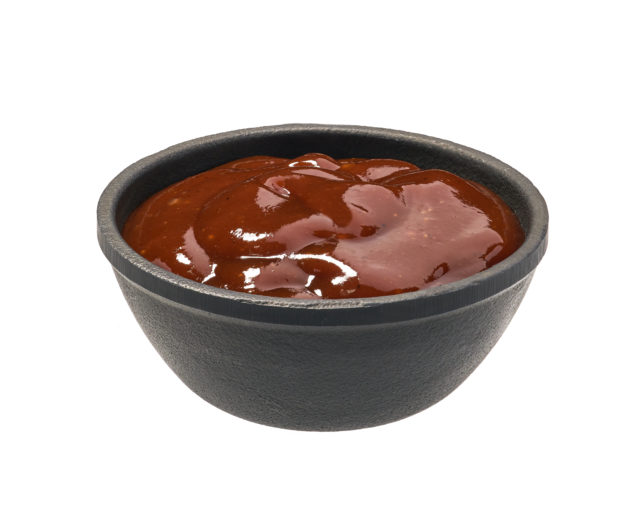 Need a quick dash of browning sauce to give your recipe an excellent taste and flavor? It’s a bummer if you don’t have any at hand.

However, these browning sauce substitutes can come in handy if you’re in a pinch and save the recipe.

Some of them could even unlock your new method for cooking some food. Of course, as it is with substitutes, some work better than others.

Also, there are those that work best in specific situations. So, let’s get started and see what our best options are.

The famous Worcestershire sauce works as an excellent substitute for browning sauce. It has the right color, consistency, and flavor to be the right replacement.

Worcestershire sauce is a key ingredient for many recipes and a condiment that adds much to food. Its umami touch makes this sauce an excellent option.

The sauce comes in quite a few variants, though the most popular and conventional recipe involves ingredients like molasses, vinegar, anchovies, tamarind, salt, sugar, and more. All of these give the sauce a savory and sweet flavor with tangy undertones.

When replacing browning sauce, you can use Worcestershire sauce in a 1:1 ratio.

If an umami flavor and dark color can satisfy your recipe, dark soy sauce can be a promising substitute for browning sauce. Compared to conventional soy sauce, dark soy sauce has a relatively thicker texture and may contain thickeners like cornstarch.

Usually, the sauce also contains sweeteners like caramel and molasses, which add to its color, flavor, and texture. Expect the sauce to have some salty yet sweet touches. On that note, it does contain quite a lot of salt, so adjustments in the recipe will be necessary.

In a basic sense, liquid aminos were made to provide a replacement for soy sauce for those with allergies. Yet, they’re pretty good as standalone condiments as well. They have a dark brown color with a sweet and savory taste. The umami touch makes liquid aminos quite desirable.

Though delicious, they’re saltier than browning sauce. As such, adjustments will be necessary when using them as a substitute. Also, it’s advisable to start with small amounts of liquid aminos to account for their higher salt content.

The thick and brown oyster sauce is a good candidate to substitute browning sauce. It matches conventional browning sauce in color, but can be a bit thicker. Most oyster sauce recipes use caramelized oyster juice, salt, and sugar.

However, there is no fixed recipe and it can vary between brands and preferences. For example, some might choose to add soy sauce or caramel to the oyster sauce mix.

Either way, it’s a good idea to taste the sauce before using it for substitution. Additionally, since oyster sauce is saltier than browning sauce, start with a smaller quantity for substitution.

The deep brown color and savory taste makes barbecue sauce a good choice for replacement. Besides, it’s a very easily available ingredient and might already be in most homes.

While barbecue sauce recipes differ, they conventionally include some vinegar, tomato paste, mayonnaise, molasses, liquid smoke, and a few other ingredients. The result is the rich and dark color we all know.

Barbecue sauce is great for marinades, sauces, and dips. It can replace browning sauce in a 1:1 ratio.

Though I specifically mention Maggi and Knorr seasoning, any competent seasoning will do the trick. Maggi or Knorr are more likely since they are better known and are more widely available.

The seasonings are brown and not too thick. They have a wonderful umami flavor and a color that can match brown sauce.

Liquid seasonings work great with several recipes. When using them as a substitute, start with a small amount to account for their salty flavor.

We’ve already covered dark soy sauce as a suitable substitute, but if you’re in a pinch, conventional soy sauce will do as well.

Obviously, it’s not the ideal choice because of its lighter color and consistency. Besides, you’ll have to use a smaller amount to make up for the salt content of the sauce.

Yet, if you find yourself in a tough spot, using conventional soy sauce can be acceptable.

Teriyaki sauce is an old favorite for recipes and foods like stir fries, vegetables, rice, and more. The sauce has something of a sweet taste accompanied by notes of salt and a tangy flavor.

You can use it as a substitute for browning sauce in a 1:1 ratio. The prominent sweet notes help keep it a good substitute, since adjustments for salt aren’t necessary.

Molasses, or better yet, dark molasses can be the right substitute for browning sauce. That’s because browning sauce has sweet taste notes, which resemble dark molasses quite closely. Their color and consistency are a match too, making them quite compatible.

However, molasses are sweeter than an average browning sauce. That’s why dark molasses are a bit better since their sweetness is more subdued.

When used as a substitute, dark molasses can replace browning sauce in a 1:1 ratio.

As such, this is a good substitute for conventional browning sauce. In most cases, you can replace browning sauce with steak sauce in a 1:1 ratio.

What Is Browning Sauce?

Browning sauce is a popular ingredient in several recipes, especially famous ones being the Thanksgiving gravy recipes. Often, it is made from caramelized sugar (or caramel coloring) along with vegetable concentrates and seasonings.

How To Make Chinese Brown Sauce?

Making Chinese brown sauce is quick and the recipe is straightforward. You’ll need the following ingredients to make brown sauce at home:

Of course, none of these ingredients have amounts set in stone. You can change the quantities to suit your preferences. As you can guess, the job of cornstarch here is to thicken the recipe. If you prefer, you can skip it.

Similarly, beef broth and beef stock can both be used. If you need another option, chicken stock or broth can work as well.

Once you have the ingredients ready, you can proceed with the steps below.

The sauce is ready and good to be used with your preferred recipe.

There is a bit of match in flavor too, which allows Maggi Seasoning to substitute browning sauce in some recipes.

However, Maggi Seasoning is decidedly saltier and its overall flavor profile is very different when compared to browning sauce.

Browning sauce is a popular ingredient used in several recipes. It’s popular with the gravy for several Thanksgiving recipes and also comes in handy for other occasions and meals.

On the off chance you need some browning sauce substitutes, the list here can make things easier for you. There are several options to employ, most of them are easily within the reach of any decent kitchen.