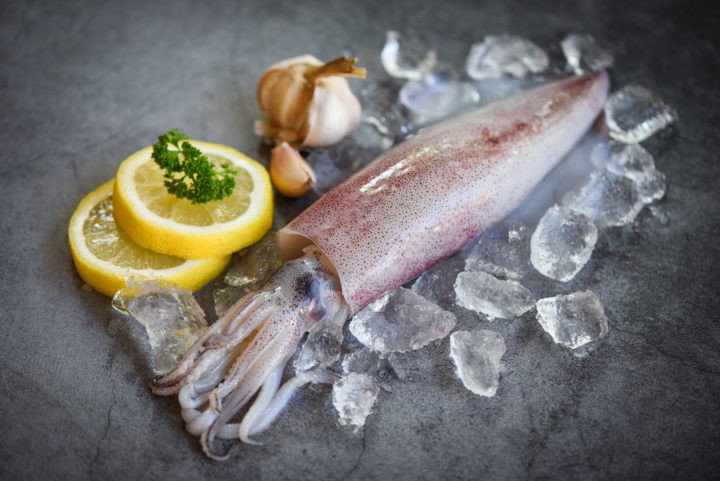 What is the difference in a comparison of calamari vs squid? Well, the answer can depend on who you ask. However, the aim to differentiate them is more of splitting hair rather than an actual difference.

Plain and simple, calamari is just the Italian word for squid. Or, as some people say, it’s just the fancier way of saying squid and is popular with several restaurants!

On the contrary, some people maintain that squid and calamari are different. According to this group, calamari represents specific species of the larger squid family.

Well, let’s dive deeper and see what the truth is.

Calamari vs Squid: Are They Even Different?

What Is Calamari And What Is Squid – The Important Points

Species Of Squid And Their Use In Cuisines

Squids represent a group of more than 300 species generally categorized as cephalopods. Other species in this category include octopus and cuttlefish.

Squids are invertebrates and they don’t have an external shell. They have ink sacs, which they use for defense.

Given the large number of species in the group, there is a huge variation in how we see squids. Some squids are tiny and reach barely an inch in size. Others can be massive, for example, the elusive giant squid could as easily be 40 feet in length.

However, the variation between species isn’t all that important. Squids are a popular food and enjoyed at various places around the world.

Is Calamari A Type Of Squid? Looking At The Language Difference

The most commonly consumed species of squid is Gould’s squid, though many others are enjoyed as food. Another very popular species of squid that makes it to the plate is the South Calamari or calamari squid.

Some people believe that only calamari squid species can be used to cook calamari. Though the idea is popular, it isn’t really true.

Asian And Western Dish Names Reinforce A Presumption Of Differences

Calamari is simply the Italian word for squid, given the influence of language and cuisines, most western dishes made using squid are called calamari. On the other hand, Asian restaurants simply prefer the word squid.

In our globalized world, an average restaurant patron might see Asian as well as Western dishes on a menu. This means they’ll see food listed as squid (Asian) and also food listed as calamari (Western).

In a way, this reinforces the belief that calamari and squid are different things, even though it’s possible the same species of squid may have been used to prepare the recipes.

Use Of Squid In Recipes

As we know, there are hundreds of species of squid. Obviously, not all of them find room for use in recipes. However, there are quite a few that are employed for use in food.

Most of these are about 2 feet or under that length. A lot of western chefs prefer squid under a foot in length. Length aside, there are several ways you can cook squid.

Raw Squid is generally used in Japanese cuisine. Ika somen is one popular recipe, though you can also see them in dishes like sushi (nigiri) and sashimi. Given the versatility of this food, it’s prepared by several methods. These include grilling, braising, sauteing, and frying.

Is Calamari Squid Or Octopus?

Calamari is squid. Usually, it’s just the culinary name for squid used in western cooking. Octopus and squid are both part of the class of organisms called cephalopods. This means that while both squid or octopus are related, they are also very different.

Calamari is a name for squid. One of the defining characteristics of squids is their lack of external shells. As the name implies, shellfish have an external shell on their body for protection or other purposes.

As such, though calamari and shellfish are both invertebrates, they are different since calamari doesn’t have a shell.

As we do a roundup comparison, we see there are some variations and even some contradictory ways that people see the differences. Calamari and squid are the same organism and also represent similar uses.

However, the use of the word “calamari” for squid is more popular in the western world for culinary uses. This is partially responsible for the belief that calamari and squid are different, or at least, calamari is relevant to only a specific variety of squid.