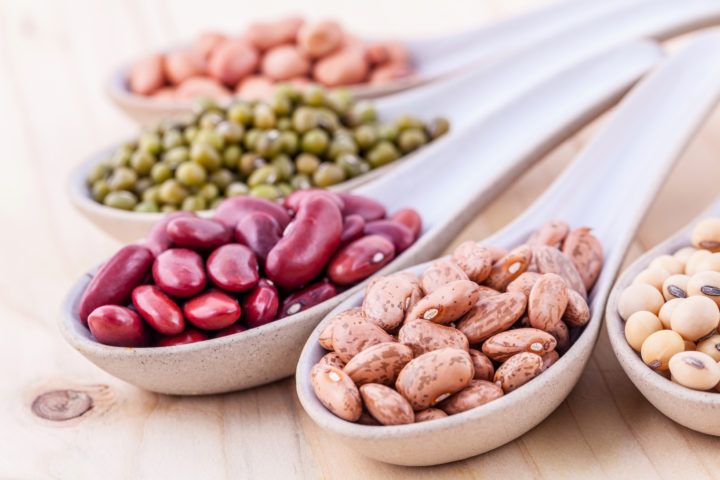 Finding the real lowdown on beans vs lentils can seem somewhat confusing. While we know that beans and lentils are different, it is the nuanced differences and comparison between the two that throws off many people.

After all, beans and lentils are both legumes and closely related. However, there are points of difference that are useful to know.

Beans VS Lentils – The Differences, Similarities, And Comparison

Lentils vs Beans: The Key Differences

Lentils and beans are both legumes, but have some marked differences. These differences are physical (in shape and size) as well as nutritional. Let’s take a look at some key properties.

The Differences Start With The Pod

On the plant level, while lentils and beans both grow in pods, lentils are usually small and the pods tend to contain fewer lentils. Meanwhile, the pod for beans is larger and has a larger number of fruits (beans).

A Size And Shape Comparison Of Beans And Lentils

There is a difference in the general shape as well. Lentils are usually circular and they tend to be disc-shaped, often with a bulge in the center. In many instances, you could say lentils are lens-shaped.

Beans, on the other hand, take a plum form. They’re usually more rounded or oval, especially when compared to the disc-shaped lentils.

Cooking Times Are Different For Both Foods

Due to their small size, lentils are easier to cook. Beans often need to be soaked for several hours. In some cases, soaking them overnight is recommended. Lentils generally don’t need soaking and can be cooked straight away.

Necessary Preparations For Cooking And Effects On Digestion

Interestingly, many beans contain indigestible sugars and some may even have anti-nutritional substances. The effect of these is neutralized by soaking and cooking them thoroughly. Lentils don’t cause much trouble in this area and are relatively easy to digest.

Let’s add a quick summary of these points.

Are Beans Lentils? What Are Beans And What Are Lentils?

Beans and lentils share quite a few similarities. However, as we’ve already discussed, both these members of the legume family are very different.

In some cases, a differentiation is made where legumes can only include dry seeds. Sometimes, this extends to seeds that are dry and don’t contain oils.

In such cases, legumes like peanuts, soybeans, green peas, and similar aren’t considered as beans. Similar differentiation is valid for lentils as well.

When used as dry seeds, lentils are often also called pulses. Interestingly, dry beans too fall in the same category and can be called pulses.

Much like beans, lentils are available in several varieties and colors. They also have some variations in size, texture, and color. Lentils are a popular food crop and though enjoyed globally, they’re very popular in South Asia, especially India.

Nutrition From Beans And Lentils

Beans and lentils are nutritious foods that are full of proteins, fibers, and several nutrients. In fact, lentils and beans are both excellent low-fat and non-meat sources of proteins. This makes them especially important for vegan and vegetarian diets.

Since there are several varieties of beans and lentils, a direct comparison of nutrition from each is not viable. However, it is possible to make a general comparison.

For a similar amount, lentils tend to have slightly lower calories and higher proteins when compared to beans. Their fiber, fat, and carbohydrates content is very similar.

In comparison with beans, lentils have a lower amount of indigestible sugars and lower amounts of anti-nutrients like phytates. Both foods are rich in B vitamins, iron, magnesium, potassium, zinc, and more.

It is apparent that though the foods are closely related, beans and lentils tend to have some very clear and notable differences.

The easiest and clear difference between the two is that lentils are much smaller than beans. Lentils also tend to be lens-shaped as opposed to beans that take on a more plump and rounded shape.