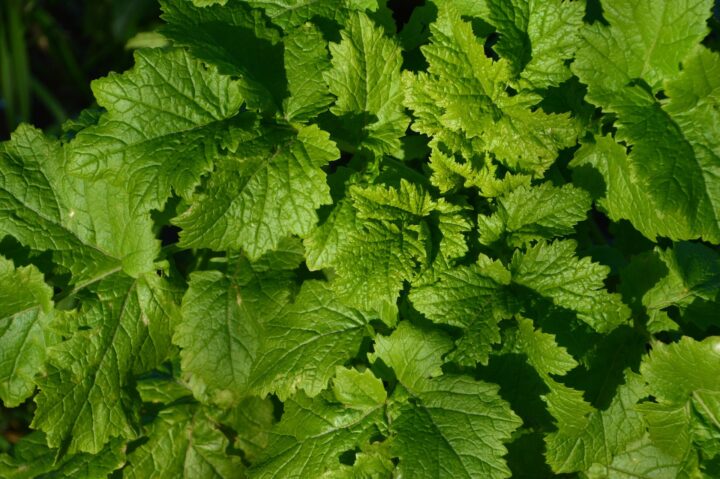 Celery belongs to the same family as carrots, parsley and celeriac. It has a crunchy texture and strong aroma which makes it one of the fresh condiments for soups, stews, salads, pasta pots, pickles and many other dishes calling for flavorful herbs, greens and vegetables.

Although celery can be found all year round, you may need some celery substitutes in case you don’t have it in hand.

If you have the chance to get chinese celery, then you can consider it as the first substitute for regular celery. It’s a small, leafy and aromatic green used in salads, stir-fries, soups, stews and in any other dish that calls for common celery. It is actually a herb served like a vegetable.

The next come celery seeds as they hold that celery flavor and can be used as a seasoning instead of celery. It works well with roasted meat and vegetables, sauces, stews and as a dressing for salads and other dishes.

It has a strong aroma and you should be careful with ratios not to overdo it. Sprinkle a pinch of it on the dish and it will bring the aromatic touch of celery.

Another seasoning that carries the celery flavor is celery salt. It’s a mixture of salt and ground celery and can be used in many dishes to replace celery. Note that it contains salt and you should mind the amount of salt in the dish.

Celery salt is basically used in meat marinades, vegetable salads, egg salads, fish dishes and the like. You can get it from the seasoning sections of grocery stores.

As for celery flakes, they are the dried leaves of celery and are widely used in soups, stews, potato and other veggie salads, coleslaws and with briskets.

The most interesting fact about dehydrated celery is that it comes with a stronger aroma than fresh celery. So, it’s one of the best substitutes for celery and you can have it in your pantry all year round.

And here comes celery powder which is again sold at grocery stores or spice shops. However, it may be hard to find celery powder but if you meet it then take a handful with you to use in place of fresh celery.

It’s a dehydrated ground concentrate of fresh celery mainly used as a condiment for meat-based dishes. You can use it with potatoes, other vegetables, pickles, stews and salads.

Now let’s talk about other celery alternatives that come with similar flavors and taste. Here we have parsley, that’s another herb from the same family as celery. It is used as a condiment, food and garnish in raw and cooked dishes as well as in pickles and sauces.

Parsley is a leafy herb from the Mediterranean region. It carries a clean and peppery taste with some earthy hint in it. You can use it the same way as celery but it has less crunchiness and the leaves are more delicate and mild in flavor.

Scallions/green onions and chives are a variety of balbous onions that come with long green leaves and taste sweet and mild with the onon-y flavor. They are usually used raw in salads, sandwiches, sauces but you can also use them with roasted veggies and poultry, potatoes and eggs.

Scallions or chives can be used to substitute celery in dips, sauces, stews and soups. Thanks to their fresh green color, they will maintain the appearance of your dish.

They have a grassy and slightly bitter flavor. They can be used both in raw and cooked dishes. You can use them with meat dishes, salads, baked, cooked or roasted vegetables.

Cucumbers are one of the easiest substitutes for celery in summer salads and sauces. They can be used to replace celery when you need to have crunchiness as well as freshness in the dish.

Cucumbers offer slight sweetness, grassy notes and if you use them unpeeled they will also provide the desired green color.

Red, white or yellow onions all can work as celery replacers in soups and many other cooked dishes. They lose their spiciness when cooked and become mild and sweet.

On the other hand, raw onions are crunchy and ideally work instead of celery in salads and raw dishes. They have a strong flavor and go well with vegetables, meats, beans and the majority of savory dishes.

Jicama is a Mexican root vegetable white inside with an apple-like taste and nutty flavor. It’s crunchy enough to consider as a celery alternative for salads and smoothies. It’s a healthy vegetable rich in vitamins and minerals.

It’s usually eaten raw but you can also cook it. However, if you decide to add it to cooked dishes and soups avoid overcooking it to maintain its crunchiness.

Green apples can come for help when you need to make a quick celery smoothie but you don’t have them in hand. Green apples are mildly sweet and carry that fresh green color you need for your green drinks and smoothies. However, you should drink it right after making the smoothie.

Green apples can be used to substitute celery in light summer salads too. You can balance the taste with the help of seasonings and the aftertaste will be similar to celery. By using apples you’ll also keep the crunchiness of the dish.

Kale is a leafy green with a strong and earthy taste. Its leaves are tough, crunchy and go well with salads. You can chop them and add them to salads in place of celery, and this way add crunchiness, green color as well as vitamins and minerals.

Kale is also a good idea as it’s one of the healthiest greens to use in salads. It has four times as much protein and eight times as much iron than celery.

Water chestnuts can become your favorite crunchy veggies for salads and stir-fries. If you haven’t used them then try once and you’ll love their taste and texture in many dishes. Water chestnuts come from Chinese cuisine and are becoming more and more popular.

They have a nutty and fruity flavor similar to a blend of coconut and apple. You can use them to replace celery in stir-fries, salads, grilled or roasted dishes. It’s packed with many vitamins and is good for your health. Make sure you don’t use canned water chestnuts for this case.

Any type of lettuce or cabbage  can be used to substitute celery in raw and cooked dishes. Thanks to their crunchy texture and light green-white color, they bring the desired appearance to your dish.

Both lettuce and cabbage taste good in salads and stews but they work as a dressing too. While lettuce has a milder flavor, cabbage offers a peppery and sharp taste. Use whichever you have in your kitchen.

Broccoli is an interesting vegetable with crunchy texture and earthy, slightly sweet taste. You can consider it as a celery replacer in salads, stir-fries, raw snacks, soups and sometimes even in pickles.

It tastes differently in different dishes and tends to have dominance over some other vegetables in salads or stews. It is also considered as a healthy vegetable. Make sure not to overcook it if you decide to use it in cooked dishes. This way you’ll maintain its vitamins and crunchiness.

The difference between celery and celeriac is that celeriac is a root vegetable with a stronger flavor and earthy touch. They are basically the same plant and you can safely substitute celeriac for celery in soups and stews.

Since it has a stronger flavor you may use less than you have in your recipe. Raw celeriac is as crunchy as fresh celery and can be used in salads too.

Bok choy, also called Chinese cabbage, is one of the most popular Asian vegetables used both in raw and cooked dishes. It has a mild, cabbage-like flavor and crunchy texture similar to celery.

You can use it in stir-fries, stews, soups and the like. When cooked properly, bok choy can provide a similar flavor to celery.

Fennel or fennel bulbs come with a kind of bitter flavor that becomes milder when cooked. Fennel bulbs have a crunchy texture and can be used to substitute celery in stews, soups and casseroles. Thanks to their anise flavor, fennel bulbs bring a celery aftertaste.

Overall fennel is a perfect alternative to celery due to its crunchy texture and aromatic flavor profile especially in cooked dishes. So, it’s the most suitable substitute for soups and stews.

Since carrots belong to the same family as celery, they have many similarities such as crunchy texture and earthy flavor. However, carrots are sweet and have a totally different color. So, you can use them in place of celery in soups, stews, baked and other cooked dishes.

Of course, carrots are widely used in salads as well but we can’t say they are good as celery replacers in raw dishes. They can work instead of celery only in case you want to replace celery juice with something else. Carrot juice is a good idea in this case.

Leeks have a slight onion-y flavor with mild sweetness but they are as crunchy as celery and offer the same green color. They can perfectly substitute celery in soups, stews, stocks and stir-fries.

Leek also comes with more vitamins than celery and is considered as a superfood. Chop them the way you do with celery and add to cooked dishes.

Can I substitute cardoon for celery?

Although they look like each other they have different tastes and flavors. On the other hand, you can use cardoons in place of celery in fried and cooked dishes in a 1:1 ratio. It’s recommended to cook cardoon longer than celery.

Can I substitute garlic for celery?

Garlic is more flavorful than celery and it also has some spiciness but if you use it in cooked dishes, then you may have a similar result. You may add it to soups, stews and casseroles.

Is celery seed a substitute for celery?

When texture is not the most important thing in your recipe, you can use celery seeds as a celery substitute. They carry similar flavor and taste.

Is it healthier to eat celery raw or cooked?

You can eat celery both raw and cooked. It’s just important to know that raw vegetables are healthier and more nutritious than cooked ones. On the other hand, steaming celery for 10 minutes won’t affect its health benefits, but overcooking is not a good idea.

What are the health benefits of celery?

Celery is packed with many vitamins and minerals including vitamins A, K, and C, and minerals like potassium and folate. It’s low in sodium and glycemic index, which means it is good for blood sugar.

We have covered so many substitutes for celery to make your choice as effortless as possible. You need to decide which one to choose according to your recipe.

If your task is to find a crunchy alternative, then go ahead with crunchy veggies and greens. If it’s not a must, then you have the opportunity to use spices, seeds or other possible alternatives that have a similar flavor.