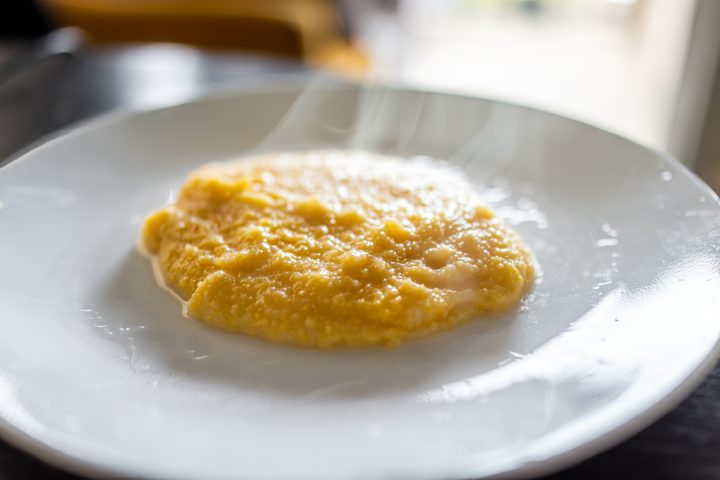 Grits and Cream of Wheat are both used for breakfast porridge and are quite popular in this role. We could call them both hot cereal. Each is full of nutrition and easy to digest.

Given how popular they are, let’s get a closer look at grits vs cream of wheat. We’ll see how they’re different and what each brings to the table.

Grits vs Cream Of Wheat: The Differences

Origins: Where Do These Foods Come From?

The biggest difference between these two famous cereals is their origin. Grits come from corn and Cream of Wheat comes from, well, wheat!

Grits are believed to have come from (or at least inspired by) a Native American dish. They’re made from ground and hulled bits of corn. Grits have a grainier and coarser texture as compared to Cream of Wheat.

On the other hand, Cream of Wheat is produced similarly, except by using wheat. The endosperm of the wheat grain gets extracted in the process (somewhat similar to semolina), and is processed as Cream of Wheat.

On The Naming Of Porridge, Grits, And Cream Of Wheat

It’s worth noting that grits is the name of a dish and the ingredient. Cream of Wheat is a brand name of what’s usually named farina in the USA, or porridge.

Though it’s so popular that Cream of Wheat has become synonymous with farina or porridge, it’s just a brand selling the product.

Essentially, Cream of Wheat is a proprietary eponym, which is a mark of the huge success this product has seen!

Grits are traditionally prepared as salty, while Cream of Wheat is usually sweet when prepared.

Since Cream of Wheat is sweet, it is often served with additional toppings like maple syrup, honey, cinnamon, and similar treats. Grits are salty, and the usual toppings are butter, pepper, tomatoes, and other similar ingredients.

Both these foods can be prepared with milk or water. However, those who enjoy grits generally seem to prefer water over milk.

Interestingly, there is a geographic division for these foods! Cream of Wheat is popular in the northern part of the country, while the southern USA favors grits.

How To Make Cream Wheat?

Cream of Wheat is usually prepared with water or milk, either is okay or you could combine them both. Cooking time is usually about 10 to 15 minutes, depending on how thick you want your porridge.

Put the water or milk in a saucepan on medium heat and let it boil. Once it boils, slowly pour the cream of wheat into the saucepan. Keep stirring the mix during this process.

Cream of wheat has a tendency to clump, so continuous stirring and whisking is important. At this point, you can reduce the heat to a simmer and let it cook for another 2-5 minutes.

If it feels like the porridge is at the right consistency, you can remove it from the heat.

Also, it’s worth remembering that the cream of wheat will continue to absorb the liquid for a while, even as the dish cools. So, the consistency is going to get thicker.

Keep this in mind as you decide on when to remove the porridge from the stove.

Cream Of Wheat Calories – How Many Calories Does It Have?

Cream of Wheat provides a nutritious meal. It is low in calories and has a good amount of nutrients. Each cup of cream of wheat has roughly 133 calories.

It also offers a substantial amount of iron, niacin, vitamin B6, thiamin, riboflavin, folate, and calcium.

Cream of wheat can have a very high sodium content, especially when prepared with salt. This may not be a healthy choice. Also, since it is a wheat product, cream of wheat contains gluten.

Is Cream Of Wheat Good For You?

People have enjoyed cream of wheat for a very long time and it is seen as a nutritious and delicious meal. It is quite flavorful and is rich in micronutrients. This is a healthy breakfast food and is good for you.

Going through this grits and cream of wheat comparison, we can notice several important differences between the two. Both foods are nutritious and well-liked.

The important differences between the two are that cream of wheat is made from wheat while grits comes from corn. Also, grits tend to have a coarser texture as compared to the relatively creamy and smooth cream of wheat.