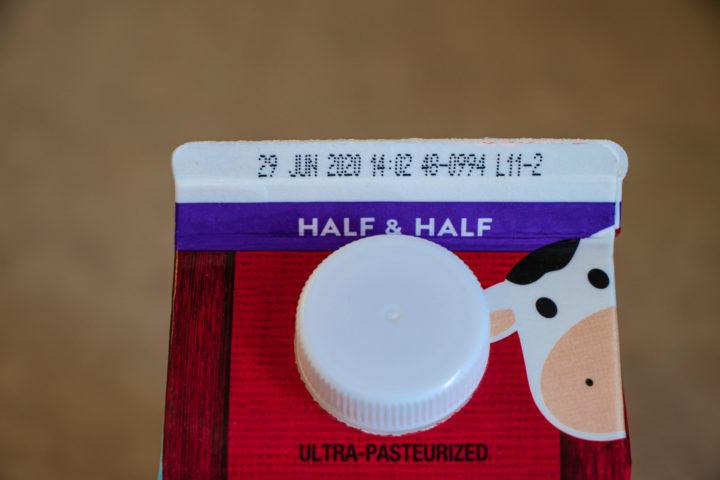 Half and half is the mixture of equal amounts of milk and cream. It’s a simple blend of two dairy products with a creamy texture used in baked goods, cream sauces, mixed drinks, pasta recipes, mashed potatoes and many more.

Sometimes you may run out of this useful dairy product and you may want to know what are the most suitable half and half substitutes. Here they are!

The best alternatives for half and half are DIY half and half, milk and greek yogurt, butter and whole milk, sour cream, milk and cornstarch, Crème fraîche, low-fat milk and heavy cream, soy milk and olive oil, coconut cream and vegan half and half.

10 Easy Ways To Substitute Half and Half

1. DIY Half and Half

If you have both milk and cream in your fridge, then you can easily make half and half without leaving the house. The store-bought half and half is made just with these two ingredients which are mixed in equal amounts.

Let’s see how you can do it at home and enjoy the same effect in your meals.

Take equal amounts of milk and cream and stir them together until you reach a smooth result. It should be neither milk nor cream in texture but something between.

Use this with your coffees, other hot drinks, desserts, cooked dishes and in baking.

Since milk is one of the most widely used foods in our hot drinks, breakfast and baked goods, many people have it in their kitchen as a must-to-have ingredient for everyday dishes.

Greek yogurt is another popular and healthy food to have at home and if you happen to have both in hand, you can again make half and half.

Mix equal parts of milk and Greek yogurt and you’ll get a similar texture to half and half. You can use it in many recipes because both milk and yogurt have a mild and neutral taste.

Half and half has some richness that can’t be compared with another mixture but melted butter and whole milk is a perfect blend to add to your list of substitutes.

Add 1 tablespoon of melted butter to a cup of whole milk and mix it well. You can use either salted or unsalted butter depending on your recipe.

Sour cream has a creamy texture and if your recipe is something savory then it can be the perfect match. Sour cream has some sourness which will be reflected in the dish.

You can use it instead of half and half in cooked dishes and sauces. It ideally goes with meat and poultry and can provide a pleasant taste to pasta sauces.

Both milk and cornstarch have a mild and neutral taste and they won’t change the texture or the flavor of your dish.

Compared to some dairy substitutes, this one is rather lighter and lower in fat. You can use either whole or skim milk.

Add 2 tablespoons of cornstarch to 1 cup of milk. Use this mixture in cooked dishes and baked goods.

Crème Fraîche has a French origin and it is a rich cream similar to sour cream only with a thicker texture and less tangy taste. It has some sourness, therefore you can use it in savory dishes and baked goods.

Thanks to its thick texture, this cream creates a creamy texture in savory dishes and sauces. On the other hand, it’s not a good match for coffee and other hot drinks like sour cream.

In order to reduce the amount of fat in your mixture you may use low-fat milk instead of whole milk.

Of course, heavy cream comes with enough fat but compared to the original half and half, this blend will be lighter.

It tastes good both in savory and sweet dishes including hot drinks and your favorite coffee with half and half.

Vegan Half and Half Substitutes

Soy milk and olive oil mixture best works in cooking and baking. It brings a subtle touch and can be used to replace half and half in your favorite vegan recipes.

Well, it’s not meant for some desserts, sweets and hot drinks, but it works well in cooked dishes. If you want to get a looser or thicker texture, either dilute it with some water or add cornstarch to thicken it.

In case, soy milk and olive oil mixture doesn’t go with your recipe, you may try coconut cream. It has a thicker texture and goes well especially with hot sweets, desserts and baked goods.

You can find canned coconut cream in grocery stores. If you happen to have it in your pantry, you can put it in the fridge for a day and the liquid will separate from the cream. As a result, you’ll get the rich creamy substance of this food.

Finally, here is the best vegan alternative for half and half and it’s called vegan half and half. You can find it in common stores and use it in any recipe that calls for dairy half and half. Although the consistency is not exactly the same, the end result will satisfy you.

Vegan half and halfs are great not only for vegetarians but also for lactose-intolerant people. They are made of coconut milk, almond milk, soy milk, oat milk, cashew milk and pea protein. They come with a mild taste and flavor.

FAQs on Half and Half

Can I substitute half and half for milk?

How to make half and half?

All you need to make half and half is equal amounts of whole milk and cream. Mix them and use the same way as the store-bought half and half.

Is half and half the same as heavy cream?

No, heavy cream is one of the ingredients of half and half but it can’t serve the same way as half and half on its own. You should mix it with whole milk.

Is half and half bad for you?

Many use half and half to cut back on saturated animal fat. But compared to whole milk it has added sugar which is bad for your health especially if you use it with sugary drinks. So, it all depends on the purpose of using half and half. Use it wisely.

Did you find your favorite substitute for half and half? No matter if you want a dairy or non-dairy option to substitute half and half, you are going to get a fantastic result with the help of these replacements.

Use them in hot drinks, hotpots, cooked dishes and sauces to reach a mild and delicious taste.