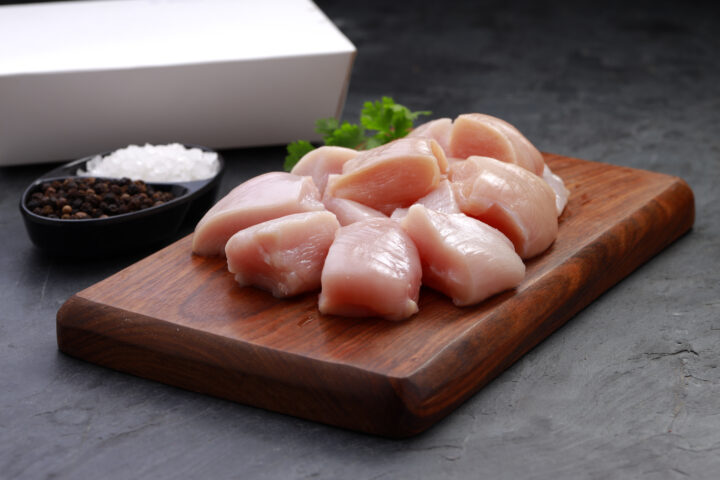 Here’s a question to ponder on: how long to boil chicken tenders? It’s a simple enough thing and shouldn’t take too long.

Yet, there are always a few additional considerations that will go a long way in ensuring that things go well. So, let’s get into the nitty-gritty and see what our answer is.

Our answer on the boiling time for chicken tenders will naturally come once we understand the process in detail.

The goal is simple. We want chicken tenders boiled and cooked so we can use them for recipes and similar purposes. Along the way, we’ll also look at the key aspects of each step and how to best handle them.

Technically, you could get straight to work with frozen tenders, but that isn’t really a good idea. Using frozen food without thawing it can lead to uneven cooking, which might prevent the food from reaching the right temperature for cooking.

As we noticed with cooking frozen chicken in a crockpot, using frozen meat is possible, but one needs to be extra careful when working with such food directly.

On the other hand, thawing the chicken tenders makes things a whole lot easier and predictable. It’s easier to handle and there are fewer chances of the chicken ending up undercooked or unhealthy.

The latter can happen if the chicken fails to reach the right internal temperature.

Here’s another thing to note. Chicken tenders are the same as chicken tenderloin. The nomenclature has a slight difference, but both of these mean the same thing.

Pick The Boiling Liquid: Water Or Something Else?

But depending on the recipe and your desire for flavor, it’s possible to use other liquids as well. You can work with chicken stock, chicken broth, or even bouillon cubes for your desired flavor.

Interestingly, if you use water to boil the chicken tenders, you can save that water to eventually make chicken stock or broth. This water will absorb some flavor from the chicken as it cooks and boils, so it can give a flavor headstart to making stock or broth.

It’s not necessary to add seasoning to the chicken at this point. You can delegate that task to when you actually use the chicken in a recipe.

However, it is a good idea to add seasoning as you boil the chicken. The process allows for better absorption of the seasoning flavors into the chicken, which can have better results when using the meat in a recipe.

Your choice of seasoning can vary. A very simple seasoning suggestion is to add a dash of salt and pepper. You can also add a few fresh herbs and whole garlic cloves.

The Time It Takes To Boil Chicken Tenders

Though it can be done in 12 minutes, it’s not an exact number. Some people prefer taking it longer. Boiling the chicken for 20-25 minutes makes it more convenient when you want shredded chicken. It also increases the risk of overcooking it!

When properly cooked (boiled) chicken will have a golden-brown color and a light, airy texture. That’s the chicken we know and love.

If overcooked, the chicken takes a rubbery texture. It will be tough and stringy with a rubbery touch, which isn’t all that pleasant to eat.

In case you’ve chosen to boil frozen chicken tenders right away, the boiling time increases. It’s only natural since the lower temperature of the frozen chicken will take longer to heat up.

Usually, this will take just 2-3 minutes more than cooking thawed chicken, but it’s better to be thorough.

In the case of chicken, this temperature is 165º F.

Use a thermometer to check the internal temperature of the chicken. If it has hit the 165º F mark, it is safe to eat.

If you started with boiling frozen chicken, be more careful and take a few extra readings. Frozen chicken may have a mixed temperature distribution, so even if the thermometer reads the right temperature at one point, it may not be consistent everywhere.

How To Boil Chicken Tenders – A Detailed Process

Now that we’ve got the basics of the process covered, let’s take a detailed look at how to boil chicken tenders and how long to do it.

The simplest liquid to boil the tenderloin is water. For a more flavorful option, consider going with chicken stock or chicken broth. For the next steps, I’m going to assume the liquid used is water. No adjustments are necessary if you choose to use stock or broth.

Step 3: Put Together The Liquid And The Chicken

Choose a tall pot with a lid. It should be big enough to hold the chicken and the liquid of your choice. Put the chicken into this pot and then pour the liquid.

Add enough liquid to completely submerge the chicken. The liquid should be about an inch higher than the submerged chicken.

Seasoning is the right way to bring flavors to the chicken. Using salt and pepper is the likeliest choice and also the simplest one. For deeper flavors, also throw in some fresh herbs and a clove of garlic. Chopping some onion and carrots to add to the liquid works too.

Now that we’re done with the basic preparation, it’s time to get cooking. Switch on the heat and take the pan to medium-high. Let it stay at this heat until the water begins to boil.

Once the water in the pot boils, reduce the heat so that the water stays in a state of rapid simmering. At this point, you may choose to cover the pot with its lid.

Let it simmer for at least 10 minutes.

Once you’ve given enough time for the chicken to boil, it’s time to make sure it is at the right temperature. Use a thermometer to get the right internal temperature.

To measure the temperature, get one piece of the chicken out of the pot and use a thermometer to check its internal temperature. As we know, this temperature should be at least 165 degrees Fahrenheit.

If the internal temperature is to your liking, you can remove the pot from the heat. Remove the chicken from the pot and let it stay undisturbed for about 10 minutes before you use it in another recipe.

You can use the remaining liquid to work on chicken stock, broth, or other options. If that’s not necessary, it’s okay to drain it.

Generally, it takes about 12 minutes to boil them. For some uses, you can boil it for longer too. While 12 minutes is the often recommended time, it’s not absolute, so you can experiment a bit to find what works best.