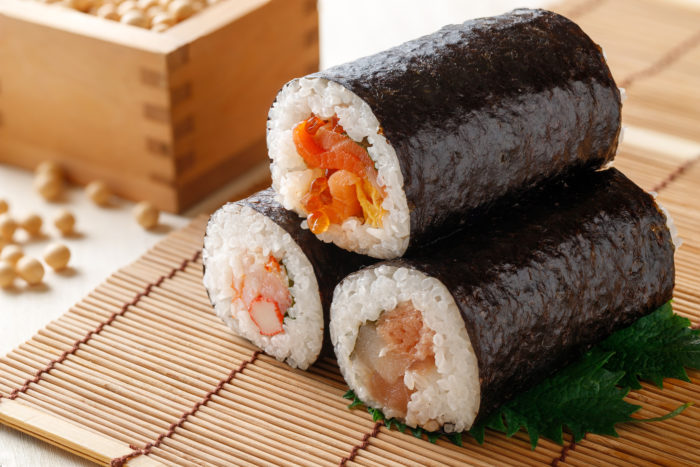 The versatile and delicious sushi is extremely popular around the world. As this food left the borders of Japan and went global, the traditional recipes underwent a change. It’s only natural that people make a few changes that suit their taste buds.

You can get several types of sushi rolls and perhaps find something that tickles your taste buds. To be clear, the original sushi roll recipe is awesome too. But recipes often change to suit their patrons, and sushi rolls are no exception.

Let’s look at some of the best sushi rolls available for your enjoyment.

10 Best Sushi Rolls Worth Your Time

While it can include several fillings, the conventional offerings are crab, cucumber, and avocado. The bouquet of textures and tastes with these fillings makes for an amazing combination.

In many cases, California sushi rolls follow the style of uramaki. In this case, the toasted seaweed covering (nori) is placed around the filling on the inside of the roll, rather than on the outside of the roll, as is convention.

Philadelphia sushi roll is another variation of the sushi to meet American expectations. This one is quite flavorful with a touch of decadence.

The filling conventionally includes smoked salmon, cream cheese, and cucumber. It may also contain other ingredients like sesame seeds, fish, and avocado.

As with California roll sushi, some restaurants and recipes hide the nori covering, usually by moving it towards the filling. In some cases, they might decide to skip it altogether.

Here’s another mouth-watering offering with a certain flair. Shrimp tempura roll is a blend of textures that give it something of a unique touch. Conventional ingredients include shrimp and avocado, which give it a smooth and crunchy texture. There’s also eel sauce, which might take some getting used for those who are new to this sushi roll.

Although to be clear, the deliciousness here is pretty plain. The roll tends to be heavy on king crab, so the flavoring might be a lot milder than other sushi rolls.

Named impressively and fairly popular, Dragon Roll goes big on its fillings and flavors. There’s a lot going on here with avocado, cucumber, and crab sticks.

Eel and eel sauce are also key ingredients for this sushi roll. I’ve mentioned eels separately because a lot of people are not that hot on the idea of eating eel. And it feels way more ominous when you think of eel sauce.

There are a whole lot of sushi rolls named after cities and regions. California and Philadelphia sushi rolls might be the big ones, but the Boston roll isn’t far behind.

The fillings for this sushi roll are cucumber, avocado, and shrimp. If you like shrimp, the Boston roll lets you show off your preference for this food. You could have shrimp as a filling on the inside of the sushi roll, as well as get a layer on the outside.

You don’t necessarily need meat or seafood in sushi and sushi rolls. The filling could be something like only cucumber, making the sushi roll vegan/vegetarian friendly.

If your diet preferences lean that way, a cucumber filling is a good option for a sushi roll. Cucumber adds a crunchy and slightly sweet texture and flavor to the food.

Of course, you could also look for other additions that work with cucumber to get a rich filling. Some even call these the healthiest sushi rolls, thank to the presence of veggie options.

Rainbow roll takes a somewhat more decadent and visually appealing style for the California roll. To stay true to its name, the roll is usually covered in different colored foods to form the rainbow. In some cases, colored rice may also be employed for the color.

As for the fillings and ingredients, they are avocado, cucumber, tuna, salmon, shrimp, and yellowtail. In some part, it is the attention to detail necessary to bring out the colors at the exterior that makes these rainbow sushi rolls so unique and give them that visually appealing look.

The unflattering name of this sushi roll can potentially turn away people who would otherwise enjoy it. You couldn’t make me agree to having a spider sandwich any more than you would convince me to have a spider sushi roll.

Of course, the roll doesn’t contain actual spiders, it’s just the name and sometimes, the serving style! On occasion, the chef may use tempura soft shell crab to evoke the presence of legs on the serving platter.

Fillings and ingredients for the spider sushi roll include cucumber, avocado, spicy mayo, and tempura soft-shell crab. Spider sushi roll has a texture quite similar to California sushi roll. The flavor matches too, though spider roll tends to be decidedly spicier.

Well, here’s another sushi roll carrying the name of a geographic region! Alaska roll contains avocado, cucumber, and smoked salmon. It may also contain some asparagus, depending on the chef and user preferences.

The smoked salmon flavor helps it stand apart from the crowd and gives Alaska roll its own unique feel. Its fillings also make the Alaska roll appear richer and more flavorful, as compared to other options.

The modern consumer is spoilt for choice! There are several types of sushi rolls available in the market, so you could easily pick one that speaks to your imagination and preferences. Given the vast variety, we’ve tried to make the choice easier for you, with this list of the best sushi rolls you can get.